Test event in Barcelona: a return to live

The 27th March 2021 saw Weezevent back in the thick of it as the appointed technological partner of a test concert held in Barcelona. The system was set up for an event called “Festivals per la Cultura Segura” with 5,000 spectators and no social distancing. The goal was to deploy an agreed protocol allowing events to take place during the Coronavirus crisis.

Summary of the protocol 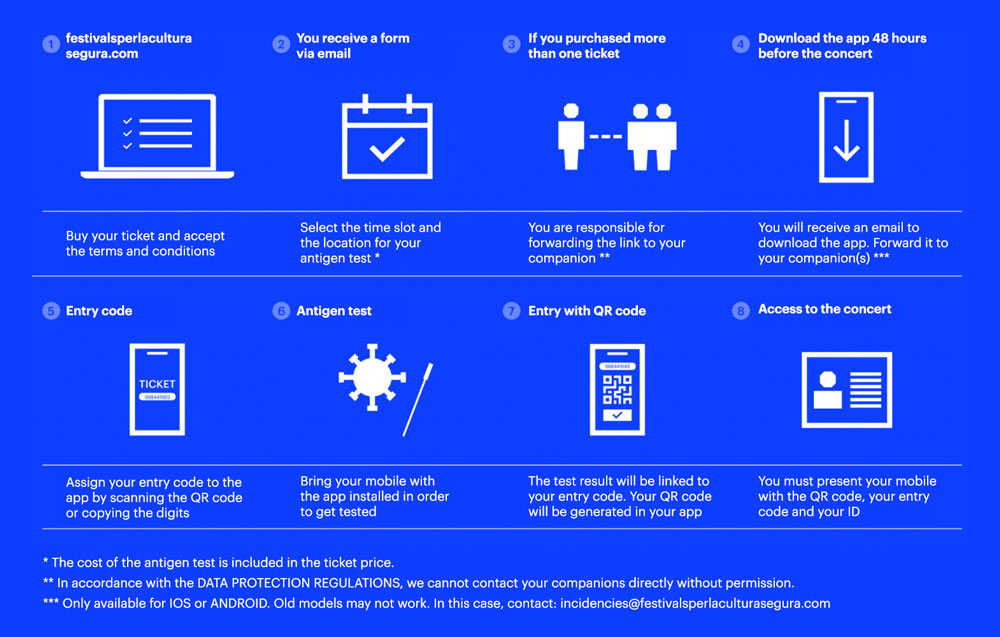 On the day of the concert 3 partner venues of the event were transformed into screening centers including the Apolo Hall in the heart of Barcelona.

Before leaving home each participant was asked to enter their ticket number and their name into the event’s mobile app in order to generate an individual identifier in the form of a QR Code.

Set appointments were given between 8 am and 5 pm whereby each attendee was tested in accordance with a strict health protocol.

Identity checks were carried out onsite and attendees were issued with a sticker displaying a QR code which was tied to their test results and relevant personal information.

The next step was testing at one of the 14 booths set up at the Apolo by the local University hospital. In total there were more than 60 booths installed across the 3 test centres.

Once the test has been taken, a QR Code was stuck on the sample taken before being scanned by the operator. This started a 15 minute countdown, the time needed to get the test results. The QR Code also made it possible to know in which booth the test was carried out.

While waiting for the result, attendees were able to check the status for their test via the event’s mobile application.

On the terminal present in each booth a 15 minute countdown was triggered for any test performed. The operator was informed as soon as a result became available.

When the 15 minutes was up, the operator simply scanned the QR Code of the sample and entered in the result: green = negative test, red = positive test, orange = unknown result.

Results were delivered to the attendee via the event’s mobile app and at this point their ticket became valid for access if a negative result was achieved.

Despite the extra steps required to gain access to the venue it was a very smooth onsite operation.

The first check was a visual one of the ID associated with the entry QR Code.

FFP2 masks were distributed to the queue. They had to be worn to enter and remain in the venue during the concert.

Every attendee had their temperature taken.

Our access control devices scanned the QR codes to confirm the negative status and a final identity check of each attendee was carried out.

Attendees were divided into 3 distinct areas and had access to dedicated catering points. Masks were worn for the entire duration.

To find out more about Weezevent and our ticketing, cashless and access control solutions please get in touch. 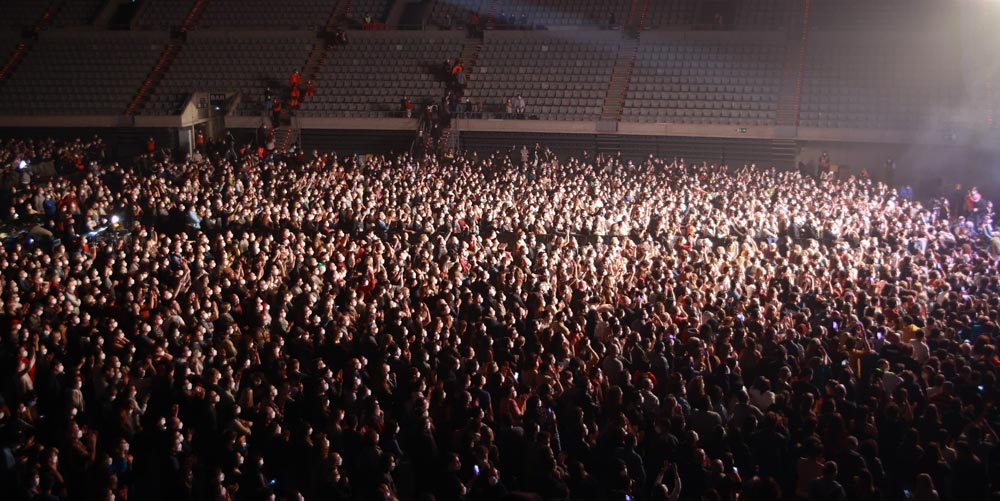 Receive our news and advices for organisers, for free!

The two European leaders in cashless payment solutions have merged to form one company, offering their combined expertise to the leisure and entertainment sector.

Our work during the coronavirus lockdown

The impact of coronavirus has been devastating to the live events industry. Here are some of the ways Weezevent has coped with the pandemic.

How to communicate when your event is affected by unforeseen circumstances

Read the article
You have now subscribed to our newsletter!